Colorblock Lettering Procreate Tutorial. It only takes a few simple steps to create this cute, colorful lettering on the iPad! 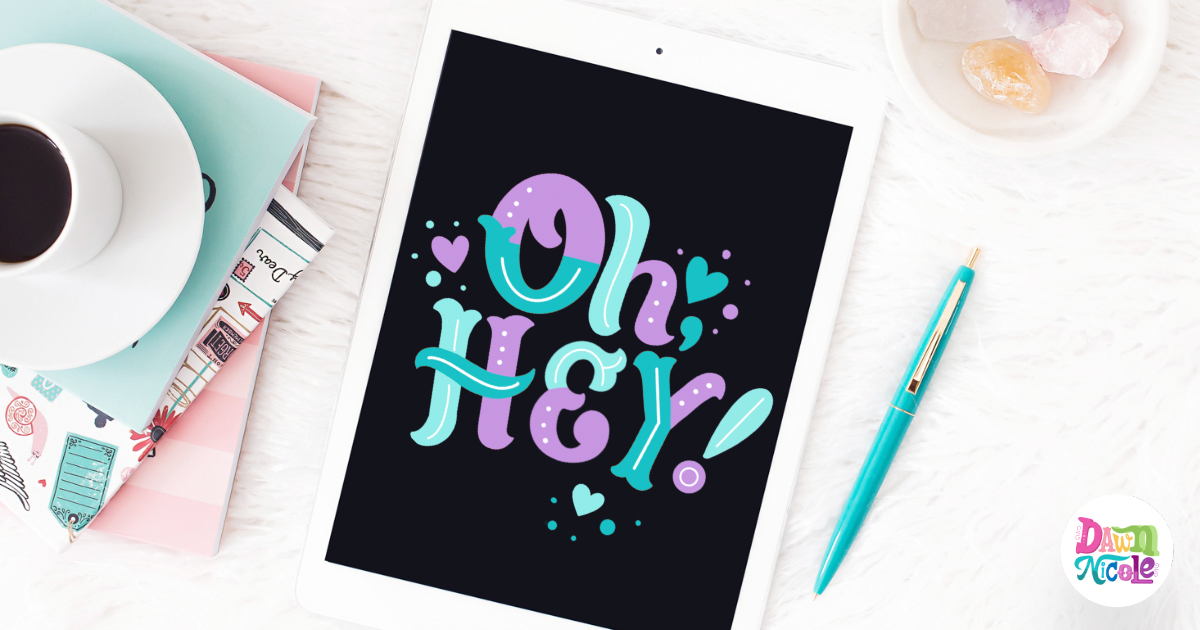 When I released The Quinn Style Lettering Workbook, a section on “Ways to Make the Quinn Style Your Own” featured six different lettering styles (as shown below), I promised to share some Procreate Video tutorials on these styles, and I have already shared the Long Shadow Lettering style last week. 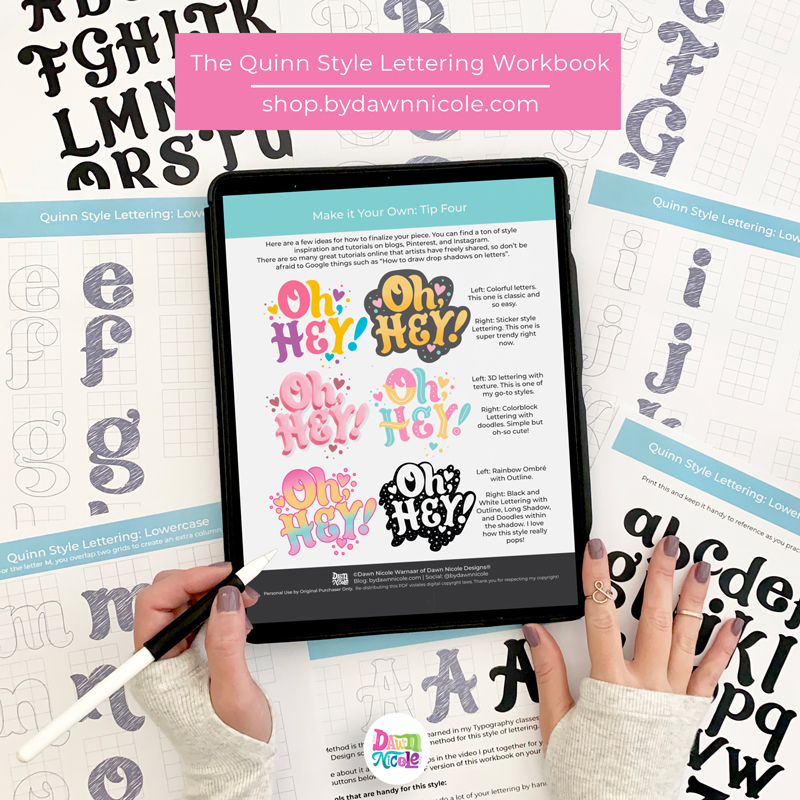 This week, I’m sharing the Colorblock Lettering style. It’s as cute and colorful as it is super, duper easy! Below is what I’ll be showing you how to create.

This lettering style is so simple; I can walk you through it with some screenshots. I’ll also link some helpful videos later in this post for those new to the Procreate App.

Here are the basic steps:

I like to rename my layers to keep things organized, which you’ll see in the screenshots. To rename a layer, tap the layer and choose “rename” from the menu that pops up.

Ok, now let’s walk through each step with screenshots! 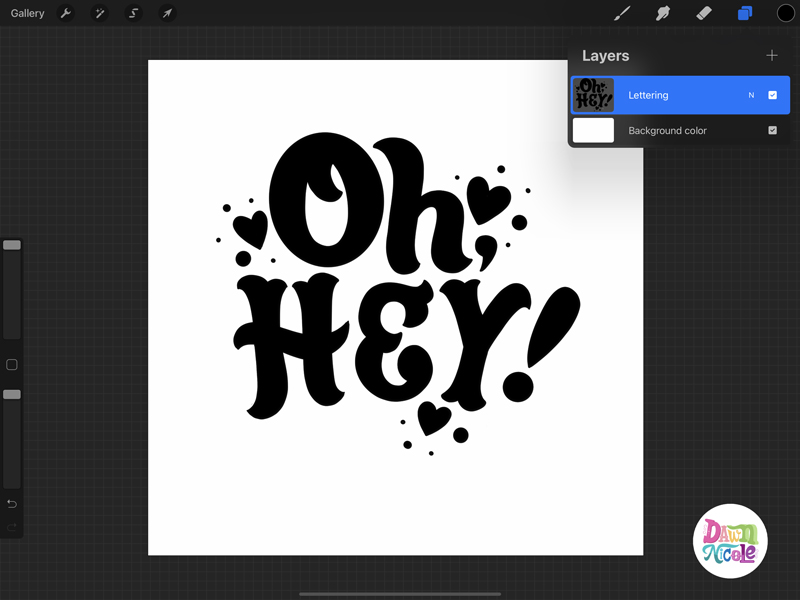 Step One: Draw Your Lettering

I like to start with black and change the color later in the process. As you can see, I also added a few hearts and dots in this step. 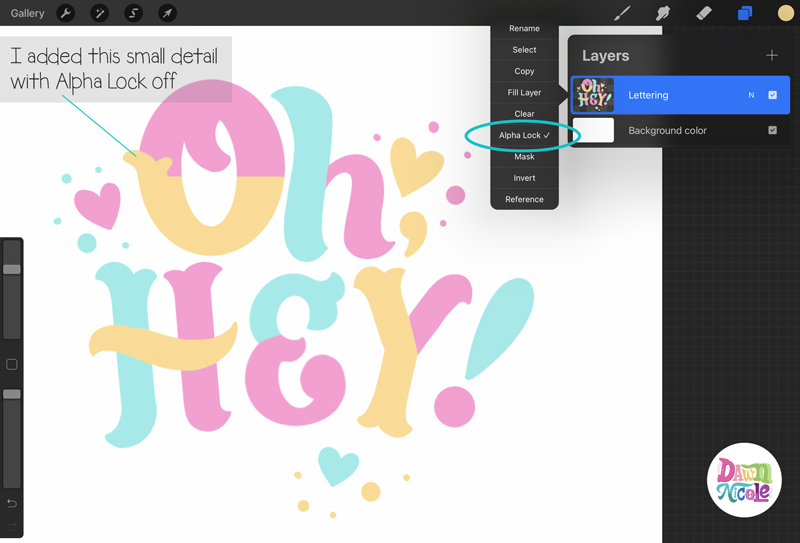 While you see me use clipping masks a lot lately, for this type of coloring, I usually use Alpha Lock. To turn on Alpha Lock, tap the layer and tap “Alpha Lock.”

Once you have Alpha Lock on, use a monoline brush and multiple colors to color over your lettering in a colorblock style.

You can turn it off and on as needed. As shown in the screenshot above, I also added a fun little detail on the letter “O.” 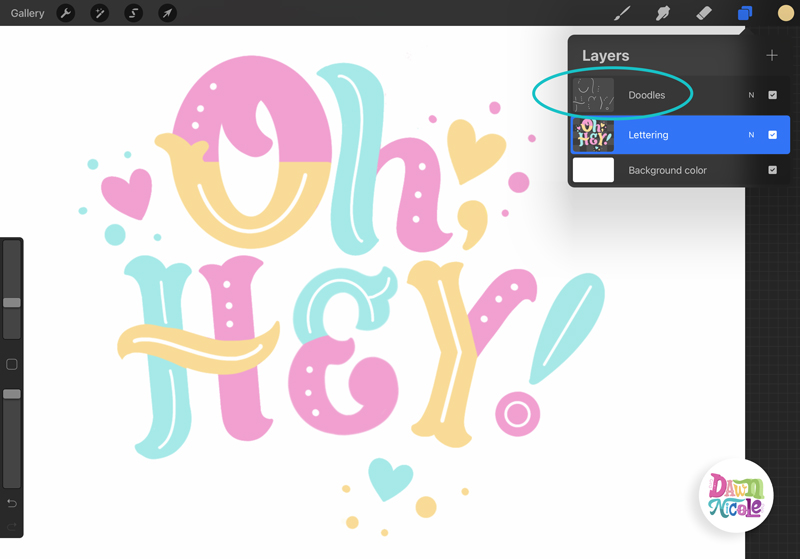 On a new layer, use a monoline brush to add some lines and dots. 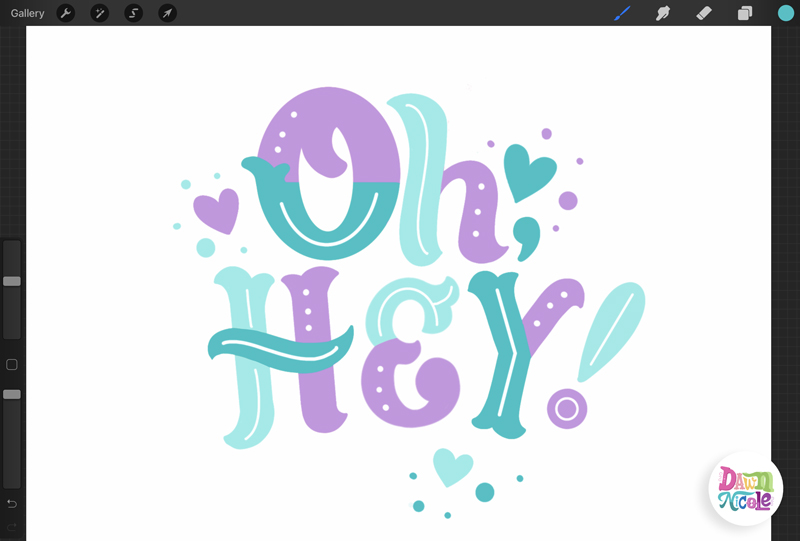 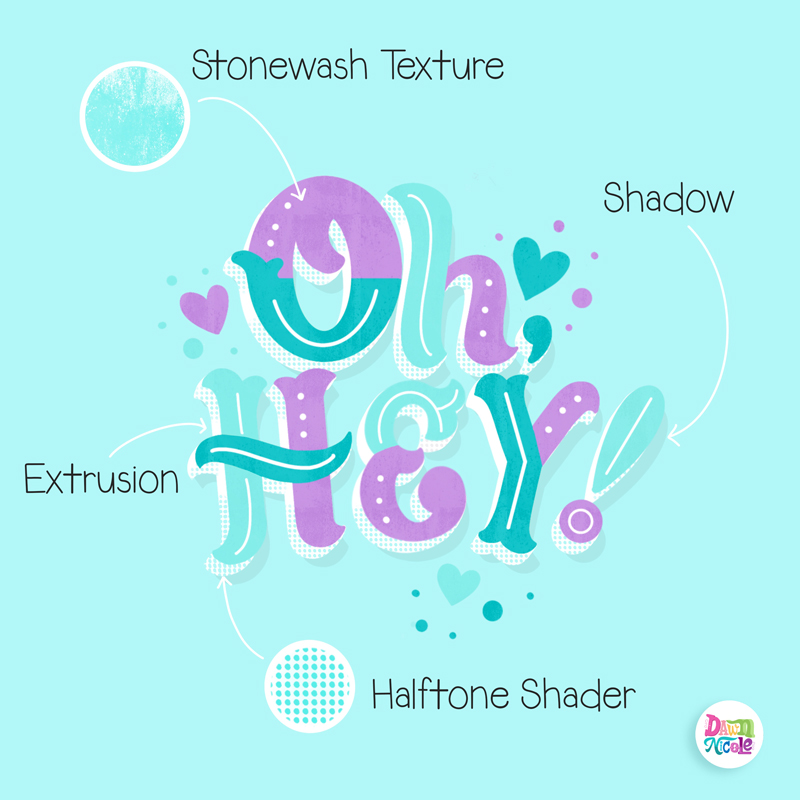 LEVEL UP YOUR LETTERING

Want to level up this simple Colorblock style? Try these tips!

See the section on “More Procreate Tutorials” near the post’s end for some helpful video links for these things! 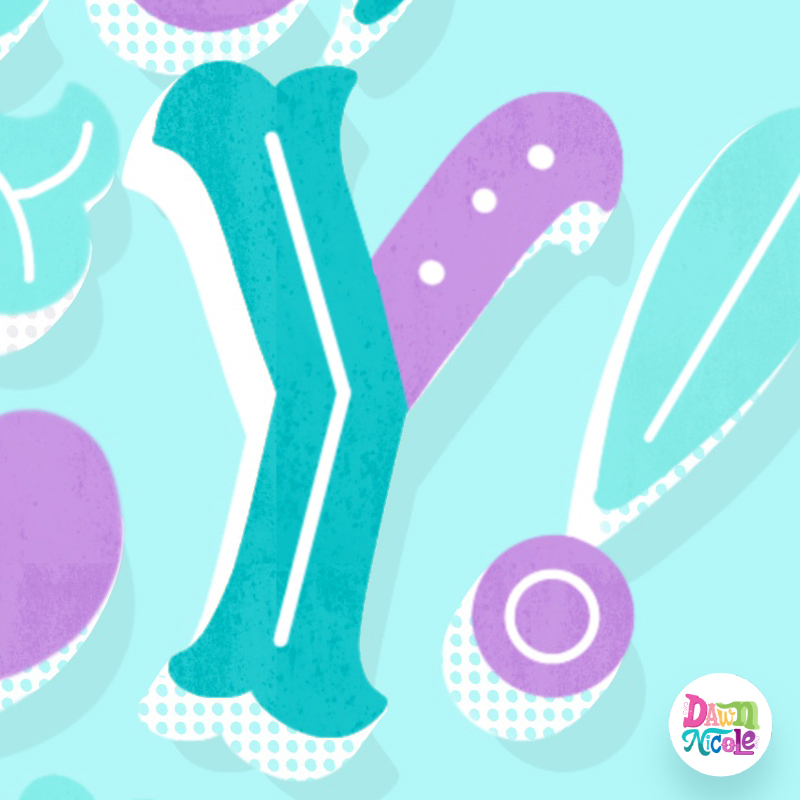 This is the style I used for “Oh, hey!” lettering. 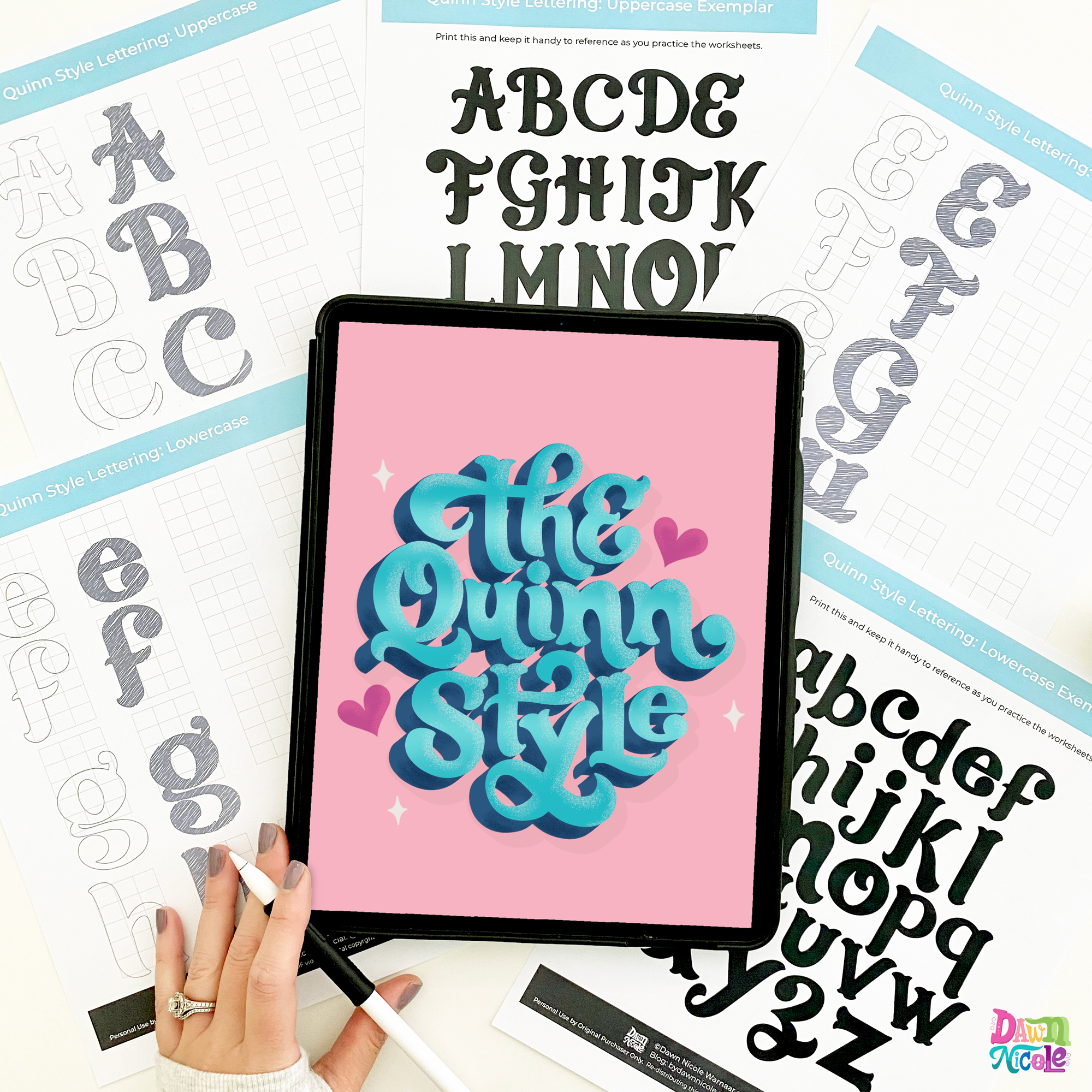 Click the button below to learn more about this workbook or purchase it!

Many tutorials have videos that will help you if you’re new to things like shadows, 3D extrusions, clipping masks, and textures.

Go to the Procreate Tutorial Archives →

I hope you enjoyed this easy Colorblock Lettering Procreate Tutorial!

Below is a preview of the textured lettering tutorial that I’ll be working on next. It will include a video lesson, and we’ll be using a few brushes from my new Procreate Texture Brush Kit. 🙂 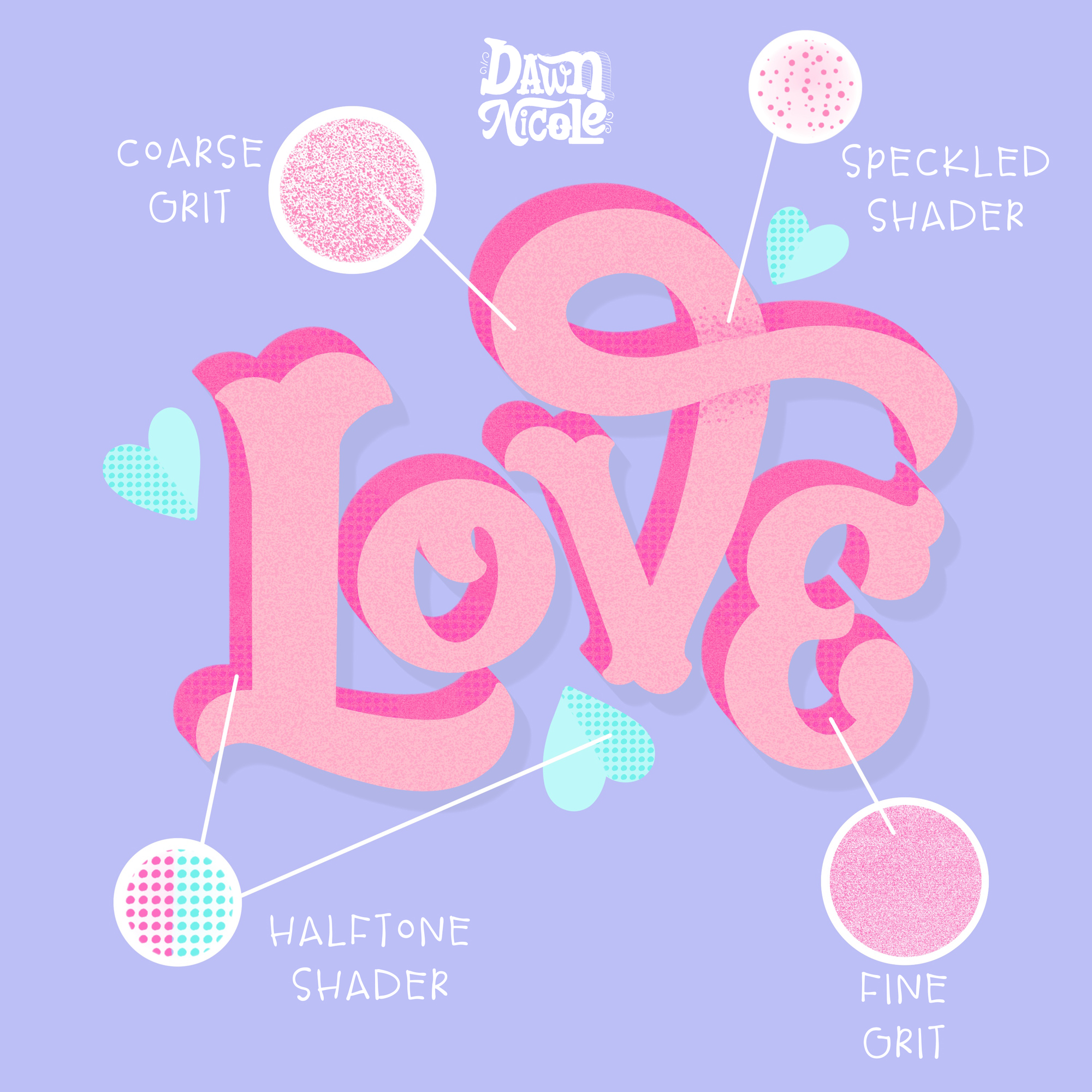 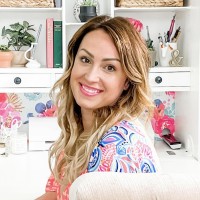 Dawn Nicole is a self-taught lettering artist who has run this website and creative community for over ten years. Her educational background includes an English B.A., M.B.A., and Advanced Certificate in Graphic Design and Branding. She’s an Enneagram Type 1w9 with a love of kindness, coffee, ampersands, reading, hoop earrings, Thai food, Peloton workouts, and traveling. She resides near St. Louis with her Air Force husband, three school-aged kiddos, and three giant dogs. 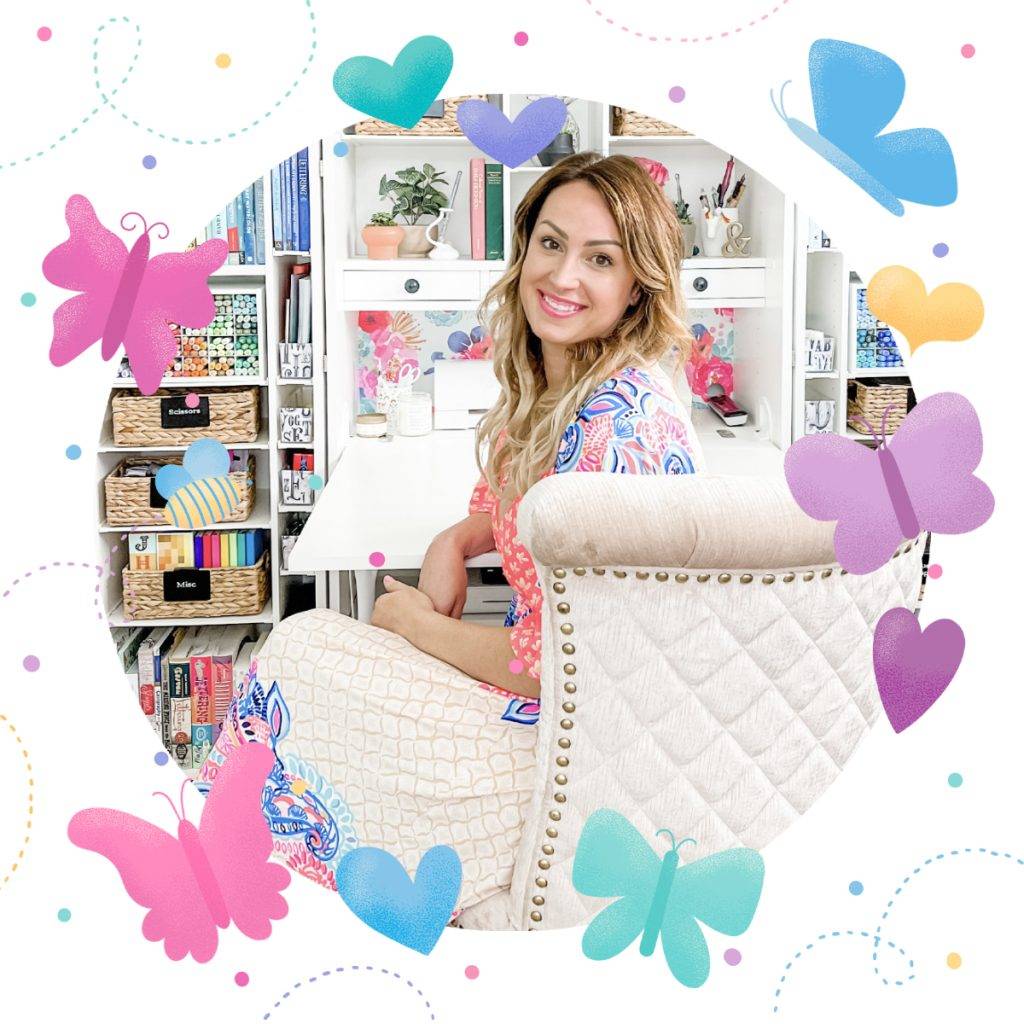 Dawn Nicole is a full-time lettering artist based near St. Louis. You can usually find her with a coffee in one hand and Apple Pencil in the other. 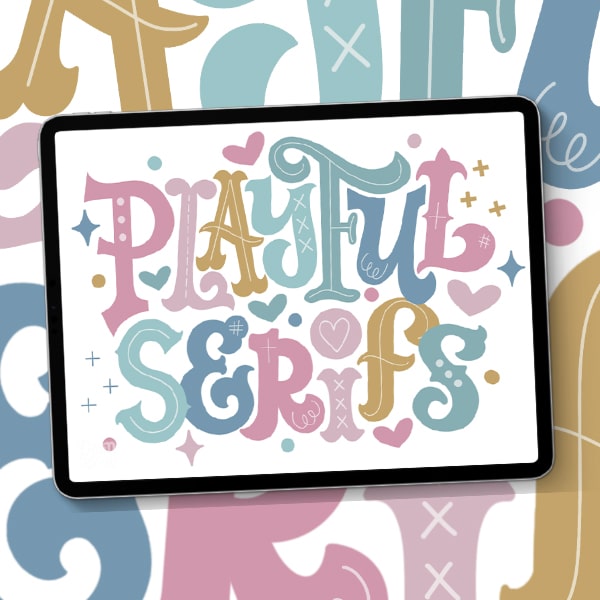 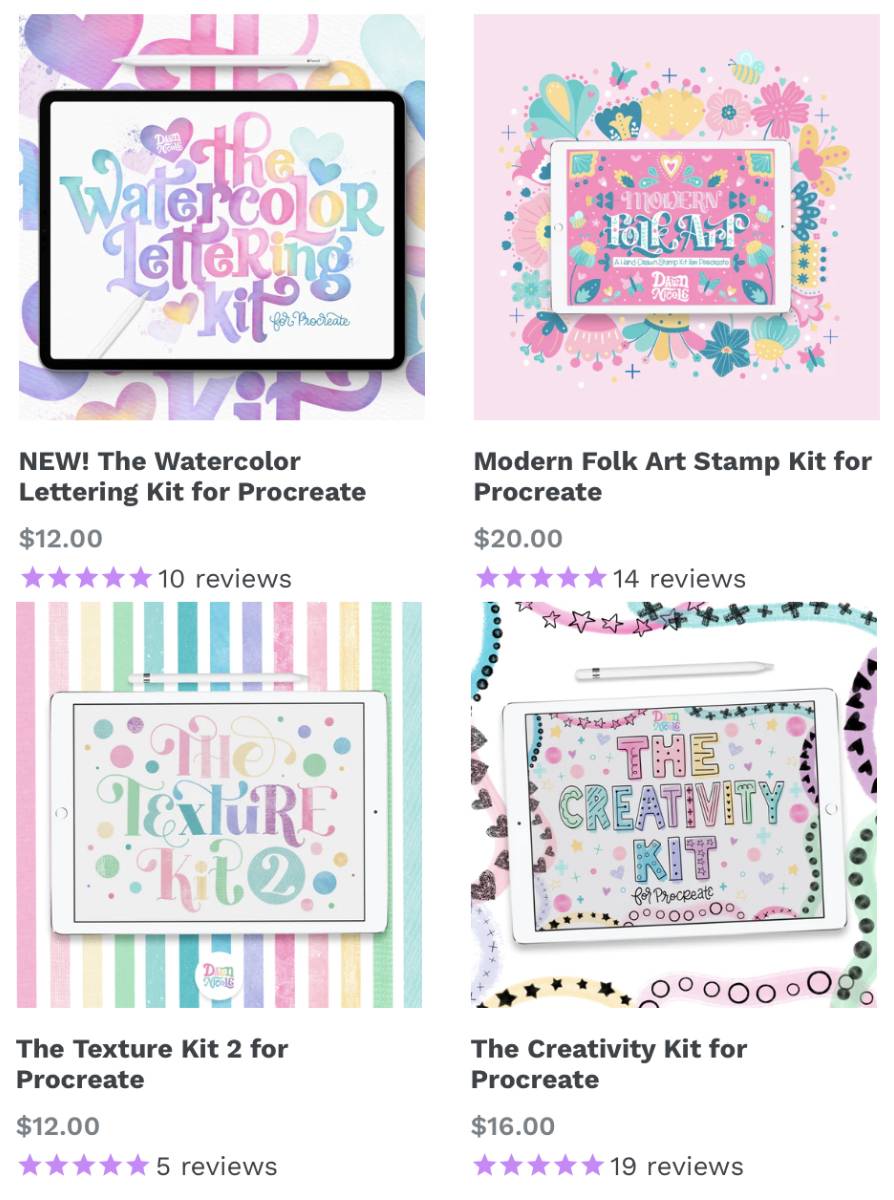 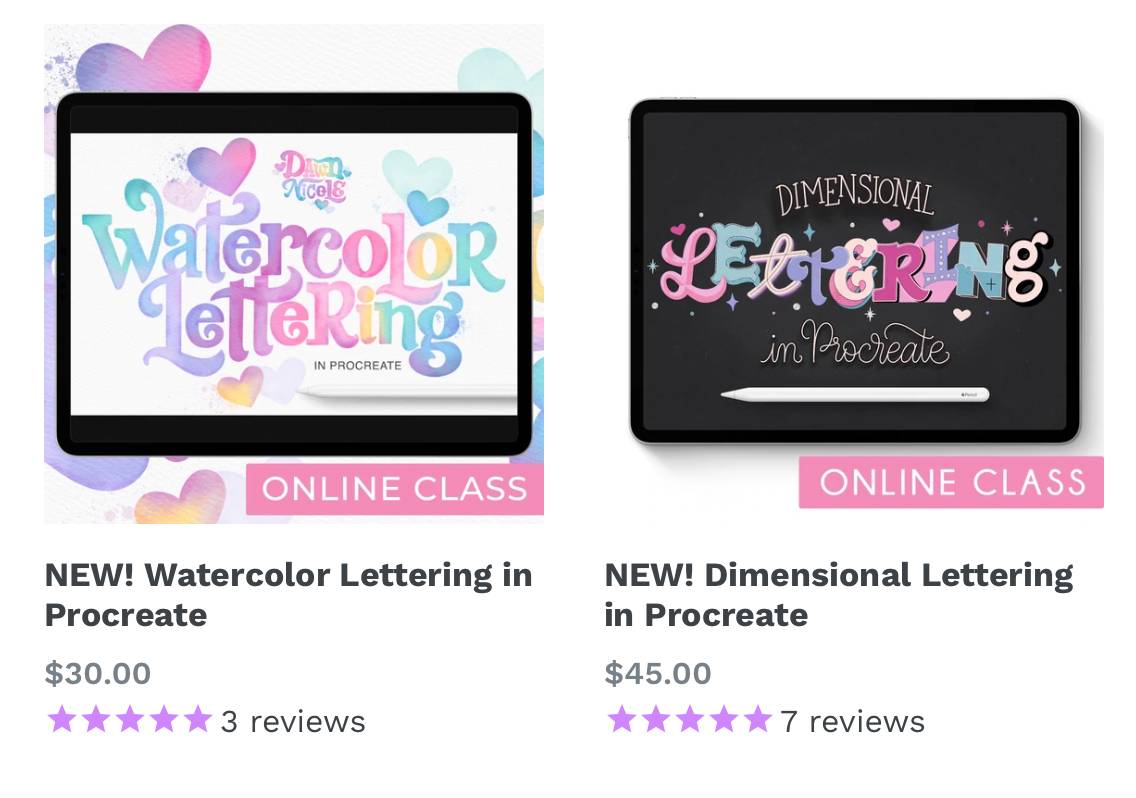 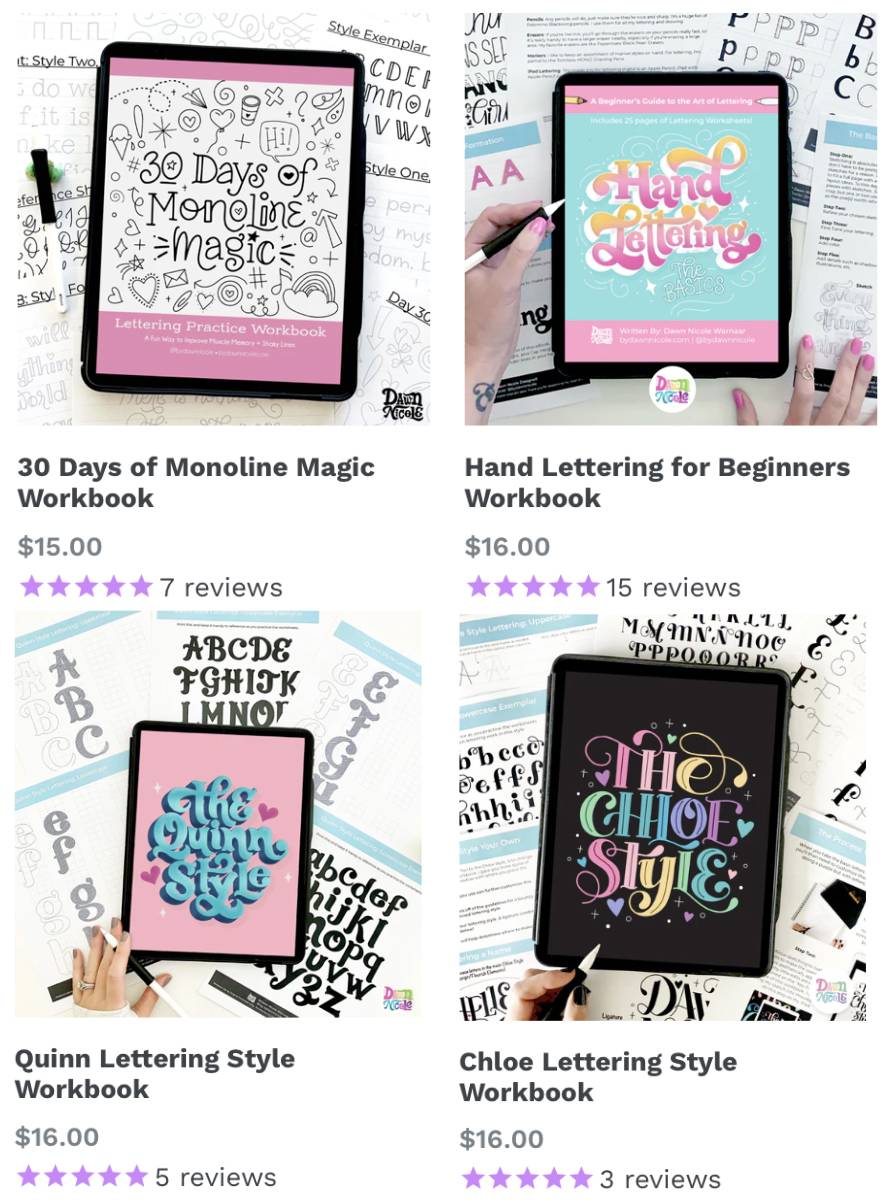